The Rozelle Interchange project and Iron Cove Link are being delivered by Transport for NSW.

Tunnels connecting the mainline tunnels with the other sections of the road network via Rozelle. The M4-M5 Link project received NSW planning approval in April 2018.

Stage one - construction of the M4-M5 Link Tunnels between the New M4 at Haberfield and the M8 at St Peters and stub tunnels to the Rozelle Interchange. The contractor on this stage is Acciona Samsung Bouygues Joint Venture (ASBJV). This stage is being managed by WestConnex | Transurban.

Stage two - construction of the Rozelle Interchange and Iron Cove Link. The contractor on this stage is John Holland and CPB Contractors Joint Venture. This stage is being managed by Transport for NSW.

The Rozelle Interchange and Iron Cove Link will provide a new underground motorway interchange to City West Link and provide an underground bypass of Victoria Road between the Iron Cove Bridge and the ANZAC Bridge, with links to the proposed Western Harbour Tunnel.

For information on current and future traffic changes around Rozelle, please visit here. 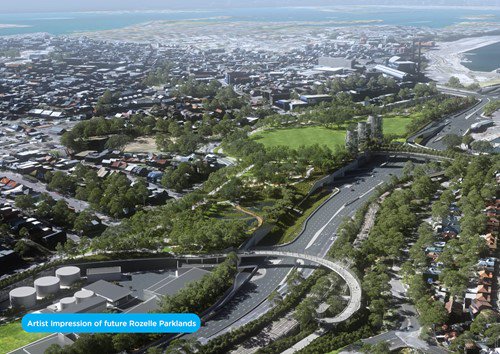 The Rozelle Parklands is around 10 hectares of public parkland and open space. The Rozelle Interchange project has prepared an Urban Design and Landscape Plan (UDLP) in consultation with Inner West Council, the community and affected landowners and businesses. The UDLP will determine items including; landscaping, tunnel portals, tunnels, service buildings, bridges, retaining walls, pedestrian and cyclist access, lighting and wayfinding, heritage, monitoring and maintenance.

While the Rozelle Interchange UDLP includes provision for two sports fields and four multi-purpose courts within the Rozelle Parklands precinct, it does not determine the recreational and sport use or maintenance for facilities not described in the UDLP.

Transport for NSW (TfNSW) wishes to consult with a broad range of stakeholders to ensure the parklands are used in a fair, productive, sustainable and sensitive way for the Rozelle, Lilyfield, Balmain and Annandale community to meet the diverse needs of the community.

The purpose of the Working Group is to determine the optimal uses for the Rozelle Parklands that includes the recreation and sport overlay (including any required facilities) for the parklands and to ensure all perspectives are considered across government, council, community and relevant groups, to provide the best outcome for the local community.

The Working Group will provide a forum for collaboration between group members to enable a fair, sustainable, productive and sensitive outcome.

The Rozelle Parklands Working Group is being established to manage this consultation and make a recommendation or series of recommendations to TfNSW under the Terms of Reference.

Expressions of Interest are closed.

To view the full Terms of Reference for the Rozelle Parklands Working Group, please click here or email rozelleparklands@transport.nsw.gov.au to request a copy. The Urban Design and Landscape Plan (UDLP) outlines the urban design principles and objectives for the Rozelle Interchange project (the Project), including details of the transformation of the former Rozelle Rail Yards into a new open green space of around 9.5 hectares, similar in size to Victoria Park near Sydney University.

When completed, the future Rozelle Parklands will have a wetlands with a boardwalk, picnic and BBQ areas, play equipment, pedestrian and cyclist paths and green fields for leisure activities.

Prior to the public display period, an UDLP values survey was held online for two weeks, between 20 July and 2 August. This helped the Project understand the topics that were of most interest or concern to the community.

With the exhibition period now closed, we are collating all submissions received. These submissions are being categorised by topic and will be reviewed as part of the next step in the UDLP design process.

All feedback and submissions will be reviewed and considered for final design, where feasible. Considerations for inclusion will be made based on the standards and requirements set out for the UDLP. Where possible, changes will be made to the final UDLP, and a copy will be provided to the Department of Planning, Industry and Environment for approval.

The Modification was approved by the Department of Planning, Industry and Environment on 30 September 2020. See the Response to Submissions Report on the Department’s Planning Portal.

In August 2019, changes were proposed to the design and construction of the M4-M5 Link (Rozelle Interchange) as described and assessed in the 2017 Environmental Impact Statement (EIS). These changes were described in The Crescent Overpass and active transport links Modification Report (August 2019). Transport for NSW carried out a number of community and stakeholder workshops during the exhibition of this report, and as a result of the feedback and the formal submissions received, we reviewed the design we initially proposed. A design review process involved a design review and investigation with the commissioning of a Special Design Review Panel, additional community and stakeholder workshops and additional traffic and pedestrian modelling and assessment.

In May 2020, the improved Modification design was on exhibition through a Design Amendment Report and the community were invited to make a submission. The submissions and our response during the last exhibition were also made available.

The Modification was approved by the Department of Planning, Industry and Environment on 28 July 2020. See the details on the Department’s Planning Portal.

As part of the Modification some of the ventilation buildings that were originally intended to be built on the surface have been moved underground. This means there will be extra ventilation tunnels in the Iron Cove area. Please visit the Tunnel Tool for more information about the tunnel locations and depths.

The Modification was on exhibition and available for community comment in December 2019. The Response to Submissions Report is available to view.

Feel free to contact us on 1800 660 248 (toll free) and ask to speak to a member of the Rozelle Interchange project team or email us at info@rozelleinterchange.com.au. 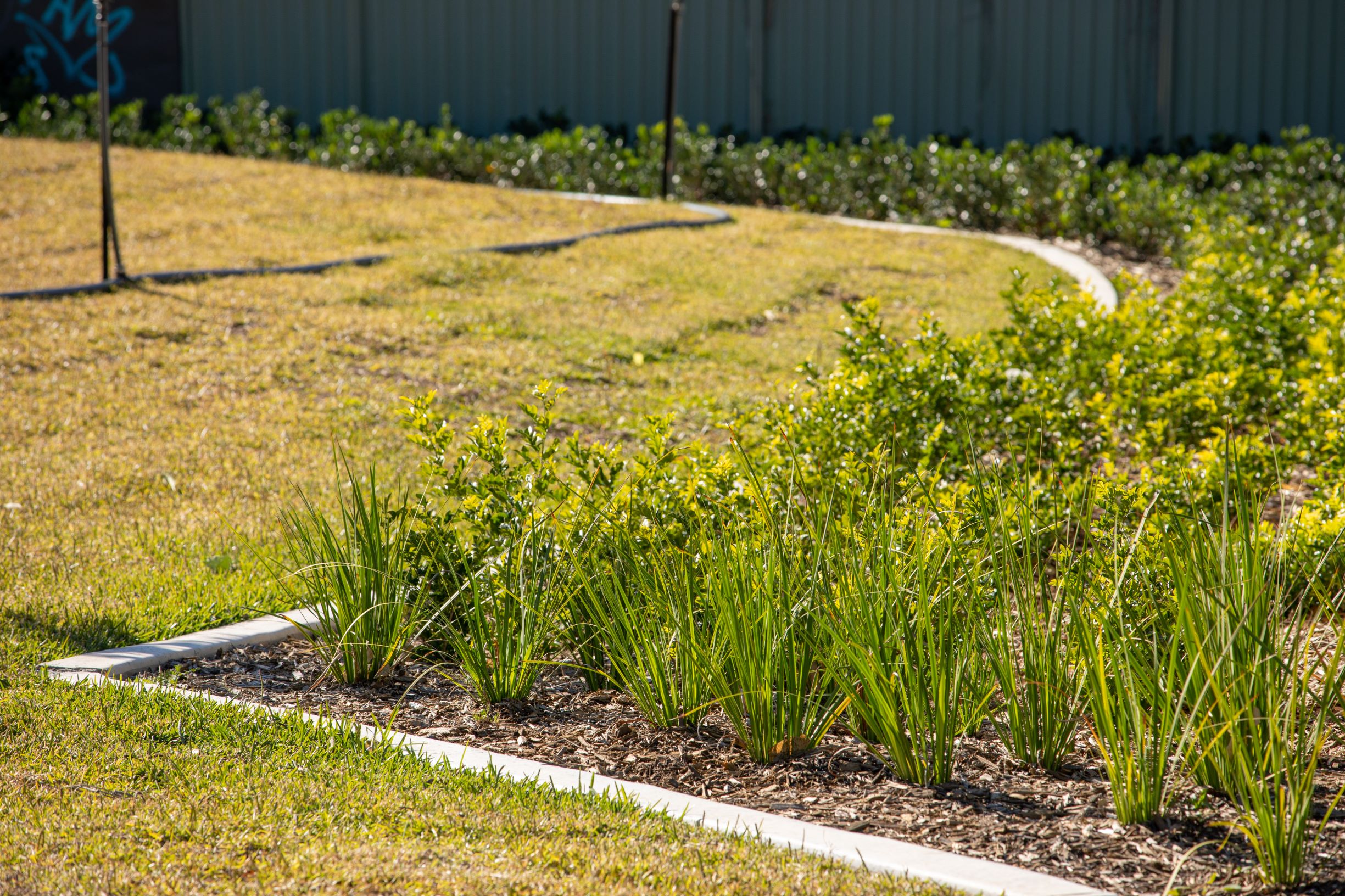 WestConnex is committed to effectively managing air quality during the construction and operation of the WestConnex road network. Tunnel infrastructure includes state-of-the-art technologies such as monitoring and ventilation facilities, which help keep our air clean in our tunnels and nearby communities.

Find out more about air quality at WestConnex here.

If you have questions or would like to submit an application to be part of the WestConnex Community Reference Group for Rozelle Interchange, please refer to the Terms of reference and email wcrg@transport.nsw.gov.au or call 1800 660 248 and ask to speak with a member of the Rozelle Interchange Transport for NSW team.